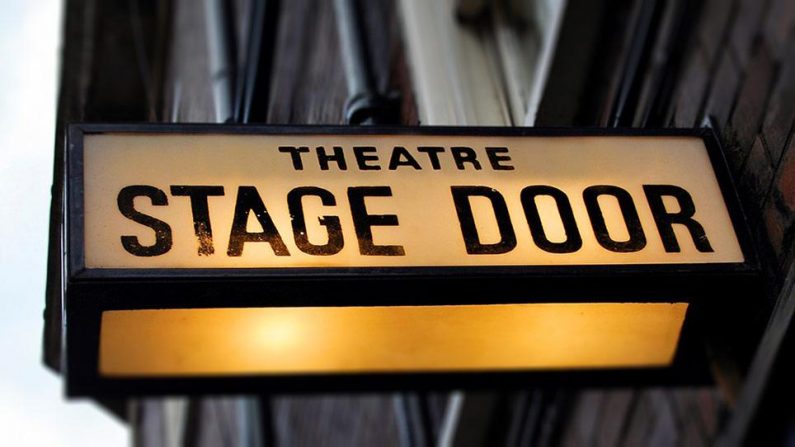 Over the last week many children in our school have had a trip to the Theatre.  First to Sixth Class went to the Lime Tree Theatre to see MIDAS production of ‘A Chorus Line’.  Yesterday Second to Sixth went to the Belltable as part of ‘The Fresh Film Festival’ to see the silent movie ‘The General’ staring Buster Keaton.

We know how lucky we are to be in such close proximity to these two wonderful venues.  Rang a Trí have responded to these productions through discussion, illustration, review and reflection. Here are some extracts from reflective work completed: 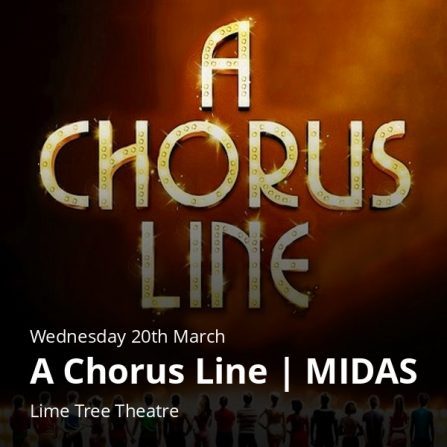 ‘I liked the chorus line and I liked their shiny suits and the different type of dancing at the end’.  Siún

‘I liked the first half but the second half wasn’t as good as the first’.  Ellena

‘The most memorable moment for me was when one of the characters was talking about diarrhoea’.  Ilir

‘In my opinion I didn’t like the production because there wasn’t enough action but I’ll give it 4/10 for the effort the cast put in.  I think the audience liked it because there was a lot of applause’.  Mildred

I would rate the performance 5/10 because there wasn’t that much action and I thought it was a bit slow.  There was a tiny bit of action but I felt there was no problem to sort’.  Alex

‘It was funny when Judy said that she breaks into people’s houses’.  Zia

‘My best part was when Cassie was on the stage and how she really wanted to be like everyone else’.  Georgina

‘I felt the most memorable moment was Paul’s story about him liking dressing as a woman, his sister dying and about him being gay’.  Eleanor

‘The most memorable moment was Paul’s story because before he started talking the audience were talking but when he spoke everyone just went quiet and listened’.  Yahya

‘My favourite part was the end because it was happy and sparkly’.  Siavash 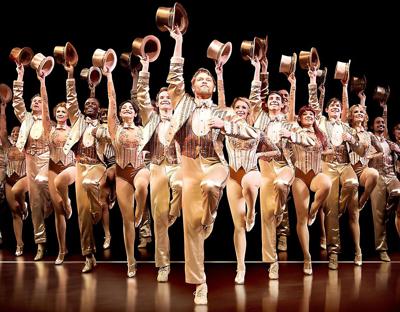 ‘I think everybody did a great job but I thought there was no main character.  The costumes were good as well’.  Louise

‘I really loved the talk about diarrhoea and the dance at the end of the show was awesome’.  Eva

‘The very end was my favourite part as they were all together and it was very colourful’.  Siavash

‘I think the response from the audience was positive as there was a lot of clapping’.  Wojciech

‘My favourite part was when Paul broke his leg.  I felt sorry for him’.  Nicholas

‘I’d rate it 5/10 because there wasn’t that much action and I’m not into gymnastics’.  Garreth

‘I was transfixed by the show’.  Danilo

‘I think the show was ok because it didn’t really have a climax’.  Borys

‘I would have preferred if there were different sets, it all happened in the one place’.  Miko

‘I loved the show because the characters shared their life stories’.  Abbey

I didn’t enjoy the show that much because I thought there wasn’t a plot or a main body.  There wasn’t a problem or a bad guy either.  But I realise the effort the cast put in. Oscar

‘My favourite scene was when they all shape shifted and had beautiful costumes’.  Jasmine

‘My favourite part was the end because it was great, happy and it made me smile’.  Sara

‘I thought the play was amazing’ Bre.

‘I didn’t really like it as it was very long and had too much singing’.  Anastazja 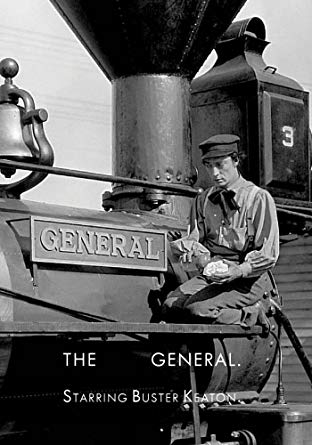 ‘I would recommend this film for children and adults.  I would not recommend it to Juniors because it had war, but the comedy parts could be watched’.  Lili

‘I would recommend this film because it is historical and full of comedy, especially when the General from the North got knocked out’.  Lucy

‘I thought the movie was fantastic’.  Guillermo

‘I was transfixed by the film.  My favourite part was when the train fell into the river because it was hysterical’.  Danilo 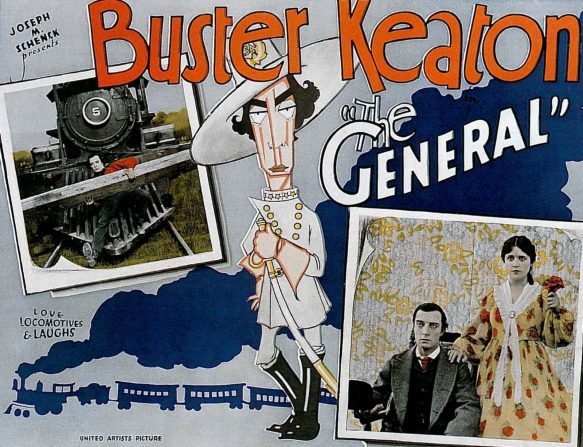 ‘My opinion is that ‘The General’ was very funny and absolutely great for its time.  My favourite part was when Johnny’s fiancé was getting stuffed in a bag’.  Siún

‘I thought this film was very unique because nowadays we have colourful movies and volume and Netflix.  My favourite part was at the very end where the couple would normally kiss.  Johnny had saved everyone from the South because he heard the soldiers from the North talking about stealing guns and cannons and was able to tell the South.  So at the end he wanted to kiss his fiancé Annabelle but now that he was a General he had to salute all his soldiers when they walked past so every time he tried to kiss Annabelle soldiers walked past and he had to keep saluting.  The whole army walked past so he kissed Annabelle and saluted at the same time’.  Jasmine

‘I liked the film.  My favourite part was when Johnny put the girl in the bag’.  Nicholas.

‘I would recommend this film to friends because it had comedy, suspense and farce.  I really enjoyed it’.  Ilir

‘I liked it but I do not like black and white movies that much.  My favourite part was when Johnny was stuffing his fiancé into the bag’.  Georgina

‘I really liked this film and thought it was very active for a silent movie.  I loved it, it was very funny’.  Klara

‘My opinion was that it was okay, not too much action’.  Borys

‘The film was good, I liked the funny bits’.  Anastazja

‘I would recommend this film to a friend because it was so fantastic, and classic, and amazing.  I loved it.  It was fun’.  Abbey

‘I liked it because it was funny.  My favourite part was when Johnny got stuck in a bush’.  Seán 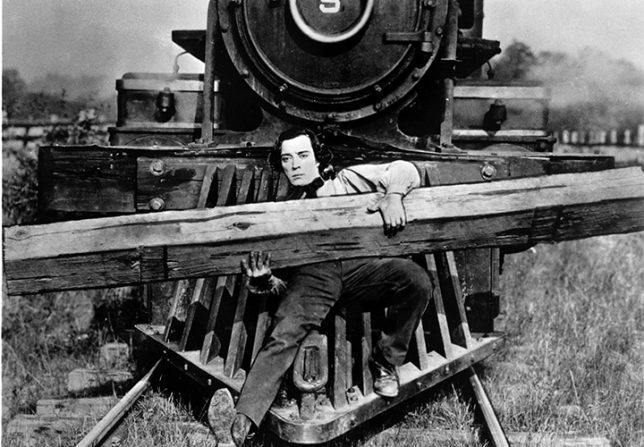 ‘My favourite part was when Johnny Gray chased down the Northern soldiers to get his train back’.  Garreth

‘I liked the film very much because it was goofy, but serious and it was very funny.  I found it hard to believe that an event like that actually happened.  My favourite bit was the battle scene because it was the bit that had the most action’.  Oscar

‘I loved this film because it was comical.  My favourite part was when Johnny was sitting on the train and it took off with him not expecting it to take off so fast.  His face was very funny’.  Siún

‘I did not like the movie because the North lost the war. My favourite part was when the conductor ran after the train because I found it funny’.  Miko

‘I loved the film so much, it was very funny’.  Eva

‘I liked the film a lot.  I would give it 10/10 because it was really funny and entertaining.  I wish I could watch it again with my class and family’.  Zia

‘I would recommend this movie for children because it teaches them about civil war’.  Alex 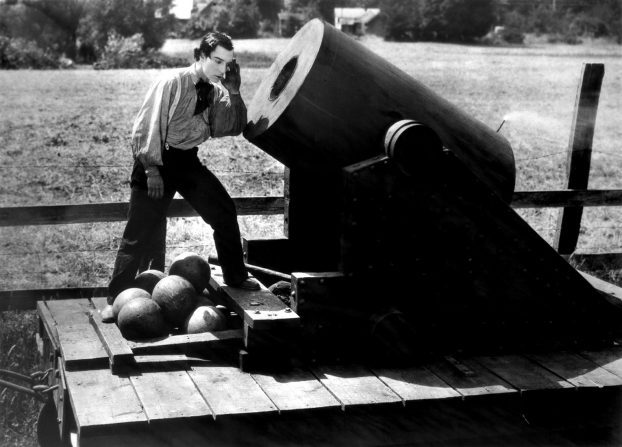 ‘I didn’t like this film because I’m not a fan of silent movies in general and I didn’t really find the jokes funny, but I know that silent movies are a big part of the development of movies as we know them today’.  Eleanor

‘My favourite part was when Johnny thought that a tree was a soldier because it was funny. When he stepped on Annabelle when she was in the big bag it was painful for her but it was also funny’.  Siavash

‘My favourite part was when Johnny sat on the train and then it started to move because he didn’t realise the train was moving’. Sara

‘I would recommend this film to a friend because it’s good to know what happened in the American Civil War’.  Mildred

‘I liked this film because it was funny and my favourite part was when Johnny thought he had to surrender’.  Yahya