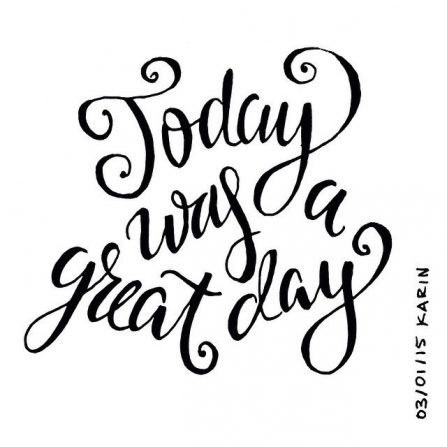 LSP had their Action Day for Biodiversity on Thursday 7th February.  We just had the best day in school.

The day began with our Irish Native Species parade.  Each child in the school dressed up as an Irish Native Species and wrote a couple of interesting facts about their chosen species.  We are so grateful to the children and their parents for all the effort that went into making the parade possible. Our school was awash with colour today.  Some non-native species visited too and they were made feel very welcome!!  The following is only a sample of the species on parade: 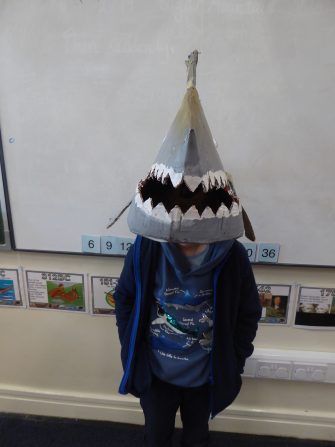 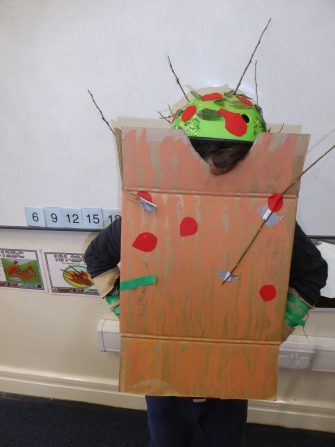 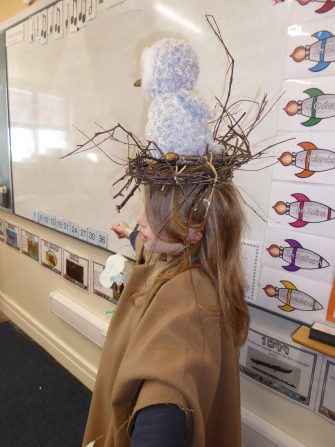 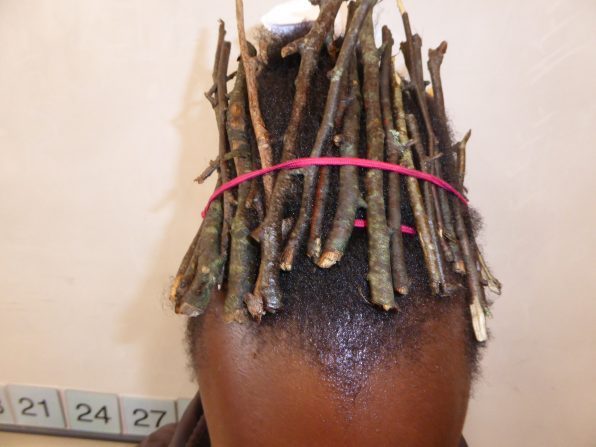 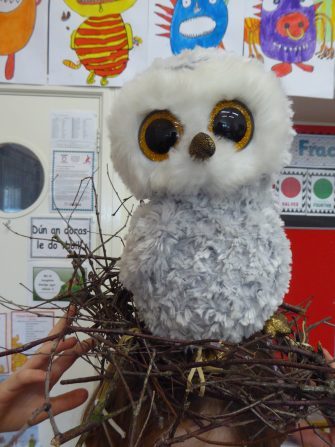 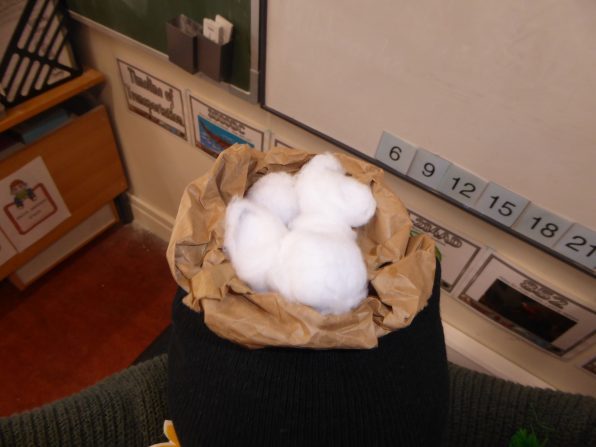 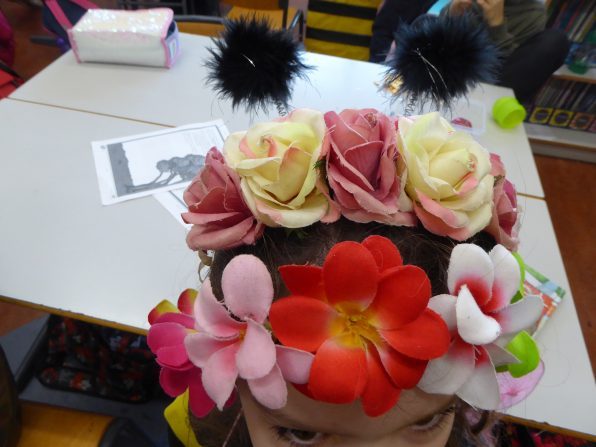 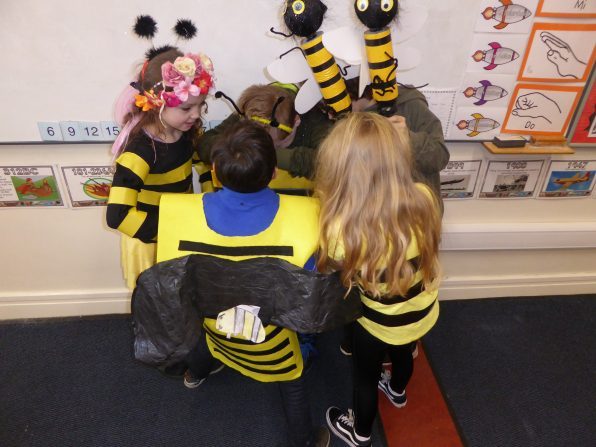 We have been a Green School for 11 years, and the Green School Committee Members reviewed all that we have accomplished since we began our Green School Journey. The whole school recited/sang all the mottos we have written over the years.

Third Class recently entered a song writing competition as part of the Leaf Programme.  It was about Irish Native trees and they performed this song for the whole school. 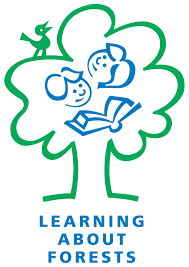 We had two Biodiversity Table Quizzes, one for the Junior Side and one for the Senior Side.    Our Green School Committee did a fabulous job organising and running the quizzes.  It was great fun and we learned some interesting information along the way. 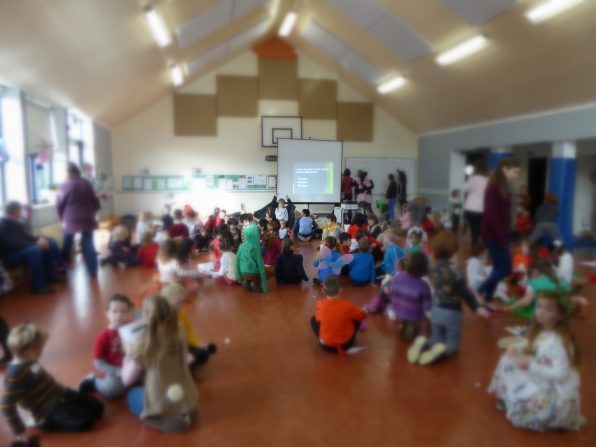 Children were also busy in the classroom building on what we already knew about Irish Biodiversity.  Different classes worked on different species.  Children learned about the Swan, the Common Frog, the Red Deer, the Kestrel, the Primrose and more.

We also got busy and took some action.  Classes finished off some work that was needed on our Bug Hotel and did a bug hunt.  We had a class go litter picking in the local environment making ties with our work on Waste and Waste Management.  A class did a scavenger hunt on Irish Native Trees, and another class completed a web of life activity set in an Irish woodland eco-system.  It showcased how all species in an eco-system are so dependent on each other. First Class went for a walk.  They walked the Park ‘n Stride route that was created when we worked on the theme of travel. Many classes also visited our Biodiversity Garden. 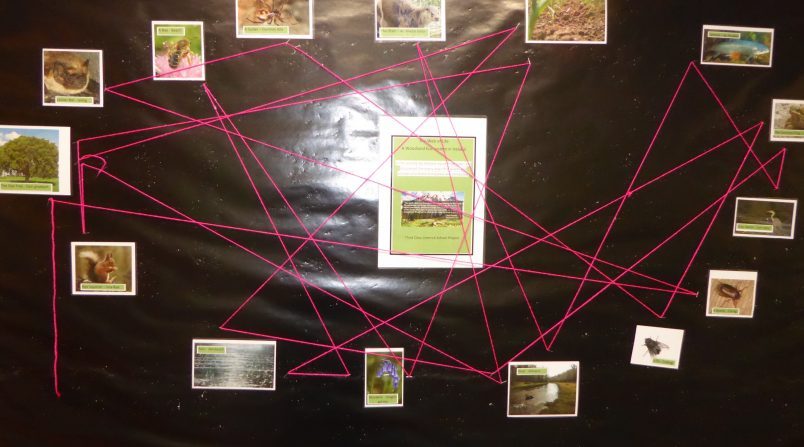 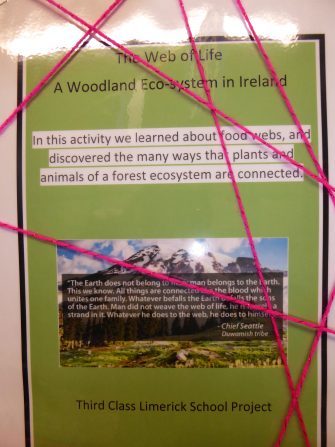 Our day concluded with a performance by fourth, fifth and sixth class.  Second Class wrote a fantastic Biodiversity Poem. 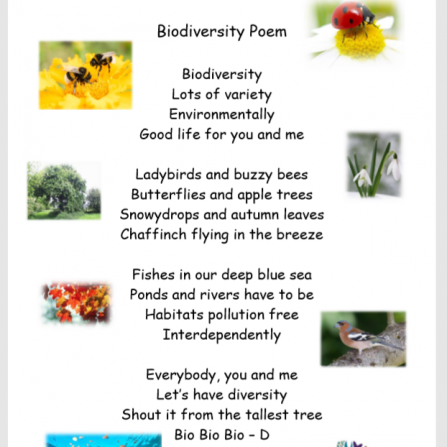 The senior classes then got to work and set the poem to a melody of their choice. Each class produced a fantastic song, all efforts more than worthy of being our Biodiversity Motto.  The public vote chose the Sixth Class Version.

We are very proud of our pupils for the enthusiasm they brought to our Biodiversity Day!