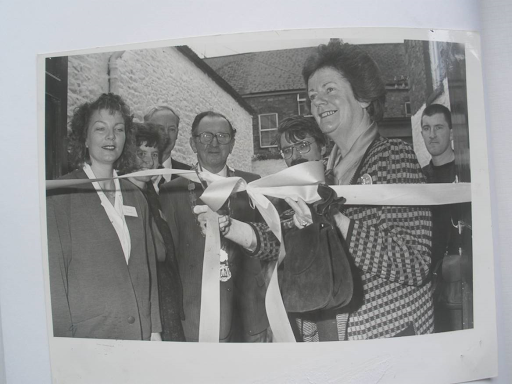 Planning for establishing Limerick School Project NS started in 1986 when a small group of parents from Limerick City and its environs went about exploring the possibility of a multi-denominational, child centred, co-educational and culturally inclusive school for their children. Parents were interested in being actively involved in school life by participating in classroom activities with their children and supporting the school through various initiatives. Fundraising events and meetings with the Department of Education & Science and local politicians followed to progress the opening. The school was officially opened by Minister for Education, Mary O’Rourke TD, in October 1989.

Interest in the school quickly grew and by 1994, when the school received its second visit from President Mary 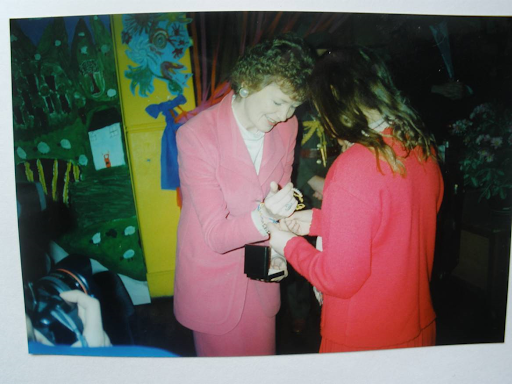 Robinson, there were 200 pupils enrolled. At that stage there were just 15 such multi-denominational schools in Ireland. Paying tribute to the ambition and commitment to equality of all those involved in our school community, Mrs Robinson praised the ‘very positive, enjoyable and enriching learning experience’ that Limerick School Project was providing, in such an inclusive, child-centred way. As a school, LSP was way ahead of its time! We continue to strive towards that ambition. 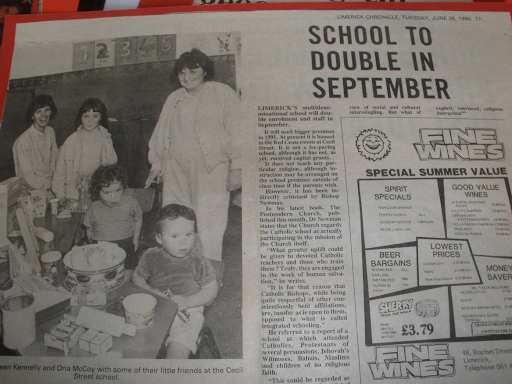 Accomodation for the school in the early years was problematic, as numbers continued to grow. The school was initially accommodated in premises leased from the Red Cross at Cecil Street, Limerick. This was originally a Quaker Hall and place of worship and comprised a hall (which was later subdivided into two classroom areas) and two other rooms. The building was really only adequate to accommodate two classes. After two years, additional supplementary school accommodation was obtained at the nearby Employment Exchange, with six adjacent car park spaces rented from the City Council to provide a play area for the children.

The school continued in these two locations until it moved to the current premises in O’Connell Avenue in September 1996. This building was formerly occupied by the VEC and housed the School of Professional Studies. The school was extensively refurbished in 2000, and now contains eight mainstream classrooms, a school hall, three special education rooms and a computer room.